Game over for advertising? 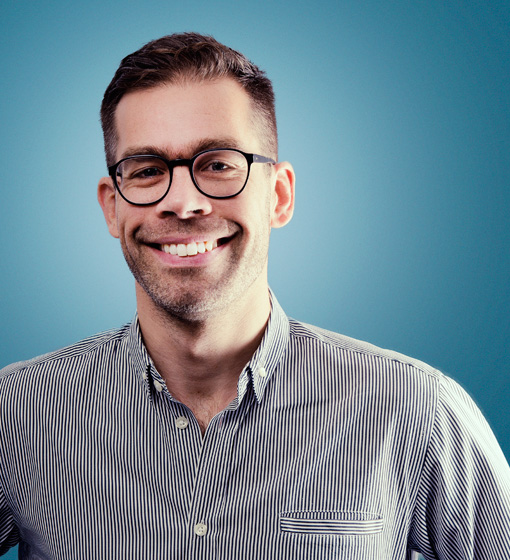 Just like advertising itself, rumours of its imminent demise are somewhat exaggerated. Times have never been better for the influencer marketing sector.

Ask whoever you like: Do you enjoy advertising? Was the noise limit exceeded a long time ago? Surprise answers are few and far between. All-embracing digitalisation and various kinds of adtech goodies mean that some people can't wait for the demise of advertising. This is unlikely to happen. Digitalisation will not remove advertising, but it can make it better – both for brands and users.

From an historical perspective, the outlook is less than positive. The familiar mass media – newspapers, radio, cinema and television – have long dominated the market for impacting the many with very little. Far from everyone has allowed themselves to be affected by the uniform message, of course. The theory has been, in slightly simplified terms, that as long as you aim for a wide target audience and repeat the message incessantly, you will eventually reach someone who cares. It is like a battalion of blind soldiers, each of them with a machine gun on the battlefield. The risk of friendly fire is not negligible.

Advertising as an influencing agent has, in other words, a long way to go, but things are fortunately in a state of change. So where is advertising heading?

We know the answer: Already well-developed segmentation tools will become even better; management by objectives and accuracy will improve another few notches. All types of communication will be affected by this, not just advertising. The most important driving force is access to data. This applies in a literal sense, such as information and repeated patterns of user preferences, sympathies and antipathies, access to personal data and commercial statistics. Throw Moore’s law into the mix and expect a two-fold increase in computing power every other year.

Consumer and user insight is monumental, its reach total. What will then happen with our own preferences and needs, our ability and desire to choose and reject? And does this mean anything? It is easy to think that we have reached the peak of this development, but it's not particularly smart. We have barely seen the start. More on this later

Consider the following: It is Friday. A long week is reaching its conclusion, and you are looking forward to rounding off the week with a glass of wine in the evening, as usual. Alexa knows this (or some other personal digital assistant of your choice). She/it has, among a lot of other things, monitored movements in and out of your wine cooler in recent years. Thus, she also knows that on this particular Friday you have run out of the wine you tend to prefer at this time of the week. A message pops up on your phone offering to help. You call Alexa, and she presents you with a new and unfamiliar wine producer with the same profile you like, except it’s a much better deal.

If you proceed, the drone will deliver a couple of bottles to your door in half an hour. All Alexa needs is a yes.

Is what you have just been exposed to advertising, robotised information or a well-meaning tip from your personal digital assistant?

Perhaps it’s not so easy to say. In the background is an advertiser who paid to get this recommendation to you. In that sense, this advertisement is as good as any, just more advanced and considerably more effective than what we usually associate with sales-triggering communication: Super-relevant with regard to needs, situation and interest; not just close to the buying moment but in the middle of the actual transaction.

Technology that makes this possible already exists. Of course, there are a few things missing here and there in order to link the threads for a seamless and straightforward user experience. But this detail is guaranteed to be in place in sufficient time before our political terroir is mature enough for door-to-door selling of wine.

Can we therefore expect that advertising will move from an everyday noise to an everyday friend as quickly as you manage to say “remarketing”? Not necessarily.

There is much to suggest that advertising, brand building and market communication in a wider perspective will assume a more subtle role in the future. It is not just about hyper-relevance – although that helps. Advertising at its strongest is suited to the situation and doesn't muscle its way in and thrust itself upon us every hour of the day. Then it can also be repeated and confirmed in other situations and through other channels. For example, it is reasonable to expect a stronger convergence between what have been separate disciplines for far too long: BX-CX-UX-POS. Or in plain English: Brand experience, customer experience, user experience and sales situation.

The advertisement’s defined voice has the strength insofar as it can harmonise these contact points and render them consistent in form, content, message and experience. In this way, genuine synergies are achieved: Tactical with the communicator, subconscious with the user. This is how long-term effects create a stronger bond between brand and user and in the long term will change the way we relate to commercial messages.

The people behind the advertising make a living out of building brands and making judgements for others but don’t try much of their own medicine – a tired but not totally untrue sarcasm This is how an image of a subject is created that doesn’t have an awful lot to boast about.

Only in recent years has the entire discipline of marketing, like many other industries, been subject to a process of extensive digitalisation. Changing circumstances and ground rules have a wide impact. The media is scratching its head about programmatic purchasing, stock markets and real-time bidding. Advertisers are wondering why their audience has suddenly disappeared and whether the high number of likes can really be converted into hard currency. In between are agencies who discuss whether bots, VR or algorithms are the most forward-looking cards in the deck.

Okay, so new technology is entering from the side (or was it from above?), while other technologies are expiring. This is nothing new. All in all, this represents half-realisable opportunities as much as it does an absolute premise in an increasingly versatile machinery that requires relevant insight and proper knowledge in order to be exploited. Everything hinges on context, use and benefit.

Thus, this is only half the story.

At the other end of The Automated Reality there are still terms such as understanding, empathy, engagement, passion for communications and creativity – all badges of honour that make up the very foundations of advertising's influence.

These are driving forces that will not disappear in a hurry – it is what makes the good idea so effective. The idea will often frame the story and serve it on a silver platter to an audience that never tires of a good drama. In this sense, the dramatised story has been a pillar of the persuasion industry long before Aristotle made the theory about it his final narrative.

If you are to succeed in communicating commercial messages, audience and reception studies have shown that we humans relate much more strongly to emotionally-charged content than to functional messages about products and brands. The form this takes changes according to the media. It is not surprising that this distance is greatest for living images.

Meaning is communicated through stories, emotions are stirred by recognition. Where does reality stop? Where does fiction take over? Advertising has a long way to go before it can once again make the kind of technological leap that we saw in the gaming industry, for example. This is a story that has long since been made not just interactive, non-linear and connected, but also location-based via mobile appliances and sensory with VR/AR technology. Add to this the almost infinite trade-generating potential of AI, and you have moved a step away from classic dramaturgy.

What happens when the influencer industry catches up? Whether you are an advertising man, a priest or political demagogue, the available tools are likely to be implemented. In this respect, Hollywood and sci-fi literature have thought and speculated a great deal over the years. Perhaps this is not as far into the future as we might be made to believe?

For you and me, the incentive and motivation to change behaviour are the same as they've always been. The tools and ground rules for the mechanisms that affect us are in a constant state of flux, however. This means that words like  digital and traditional gradually lose their meaning. The interaction between algorithms and insight in human nature provides genuine contact and creates strong, lasting connections. If this is the mission and impact of advertising, it’s going to be with us a while longer.