Over EUR 54,000 to Ukrainian refugees through UNHCR 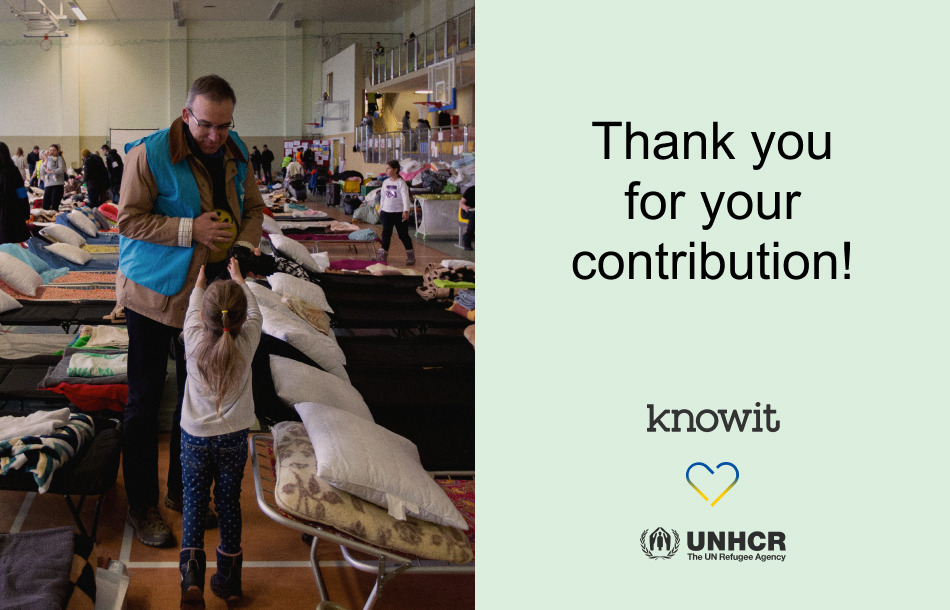 Together with colleagues, clients, partners, and friends, Knowit raised over 54,000 euros to UNHCR’s work in Ukraine during December.

For several years, Knowit has a tradition of starting a fundraising campaign in December to support various initiatives through UNHCR. Due to the current crisis in Ukraine caused by the war, Knowit chose this years fundraiser to support the people who is forced to flee their homes.

– This fundraiser is an opportunity to make a difference and to help Ukrainians living in an acute crisis. The fundraiser is also a possibility for us to contribute to the UN’s global goal number 16 for peaceful and inclusive societies, says Per Wallentin the CEO and president.

Together with colleagues, clients, partners, and friends this year's fundraiser reached over 54,000 euros which goes directly to Ukraine. Knowit is also supporting UNHCR's overall work as a key partner.