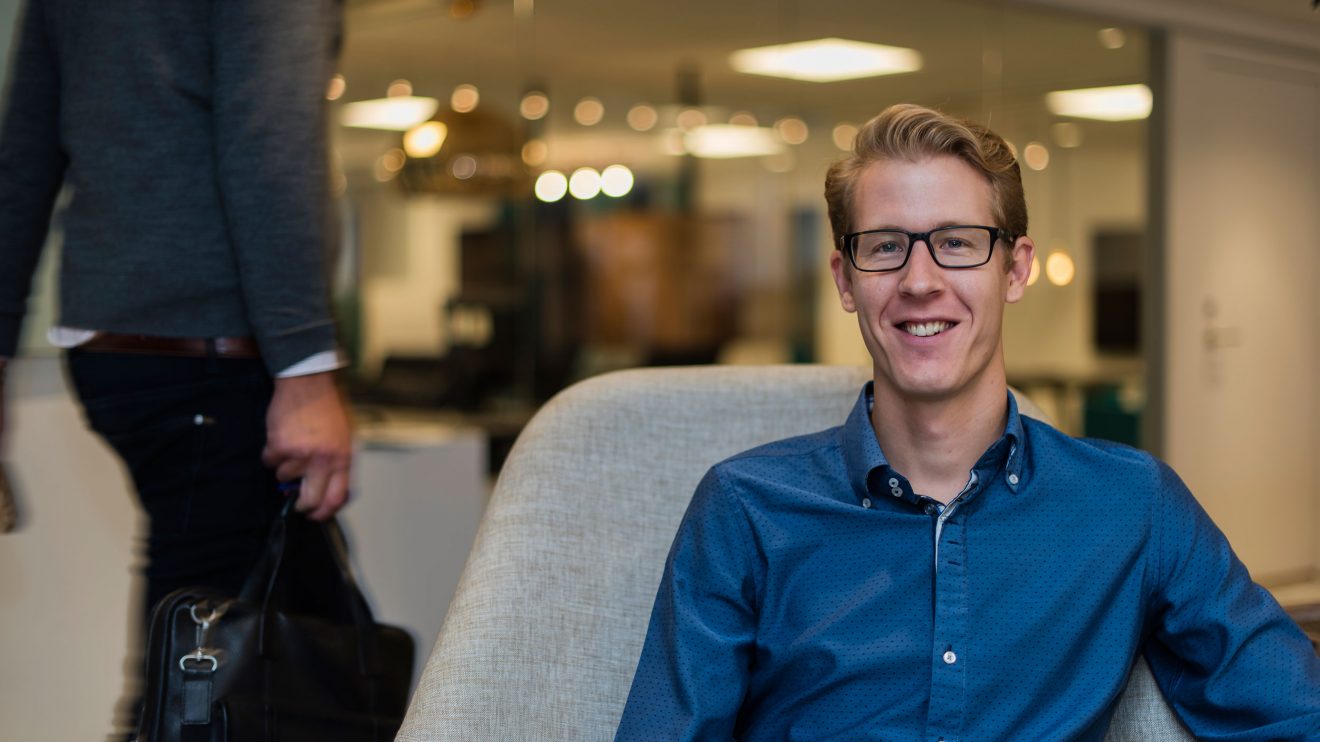 David Svensson has rapidly made a career at Knowit. He is 29 years old and has just moved to Stockholm for his new job as a data visualization specialist at Knowit Helicopter. He says his job is the most fun he has had, yet it is nothing like what he had imagined for himself just a few years ago.

Studies in Linköping that led to work

"I grew up in Gävle and moved to Linköping to study to be a civil engineer in industrial economics," says David. "The education program is known for producing management consultants, but it was not something that attracted me. I did not want to work with IT, so I focused on mechanical engineering. And I didn't want to move to Stockholm - I had just moved to Linköping and that was new enough for me."

Nevertheless, he spent "quite a lot"of his spare time in front of the computer. Building sites, configuring databases. In the last six months of his studies, David decided to let his thesis focus on how user-friendly systems create customer benefit and he began to feel that IT might be his thing after all.

When it was time to search for work just before graduation, he started sketching out a plan.

"I sat down and listed points about what everyday life would look like," says David. "I wanted to have ambitious colleagues, work at the forefront of technology, have flexible working hours, and exciting work tasks. I had practically written consultant..."

Instead of sending out his resume and waiting for answers, David started calling around to managers at different consulting companies. One day, he called the then CEO of Knowit Management in Linköping, who said that they had no vacancies for new graduates at the time but he gave him the number of a colleague: Christer Holman, CEO of Knowit Decision.

"David called and presented himself and we clicked immediately," says Christer. "We met for lunch and he was hired the next week."

Read more in the article: "Why so many want to work on creating intelligent businesses."

David quickly showed great interest in visualization, and Knowit had him attend the training that is held by guru Stephen Few. David soon became one of the first in Sweden to be certified in the Tableau visualization software. He was sent to the U.S. and Great Britain for further education and became in charge of visualization at Knowit Decision in Linköping.

"It sounds like the trip has been a smooth path but, of course, there have been hard times," says David. "With your first job, you are always really nervous and uncertain about whether you are going to succeed, but Knowit has been incredibly encouraging and supportive. The culture is so entrepreneurial: if you have ideas, you have the opportunity to realize them; there is time for your own studies and senior colleagues who urge you to develop. I didn't know anything at all about business intelligence when I started, yet I was given responsibility early on and quickly felt that I could contribute something."

David is not the only one to see Knowit as an attractive workplace. In Universum's study of Nordic's Most Attractive Employers - IT students 2016, Knowit was ranked in sixth place by over 38,000 students (article in Swedish). And in the Swedish Universum study, Knowit is highest ranked of all IT consulting companies.

A few weeks ago, David chose to move to Stockholm to continue his career at Knowit Helicopter, a job that allows him to deepen his knowledge of visualization. The role of expert appeals to him.

"It would be fun to be a heavy duty specialist in data science in ten years," says David. "There are so great opportunities to develop at Knowit if you have ideas and ambitions!"

Do you also think that Intelligent Business within Knowit to be the right workplace for you?